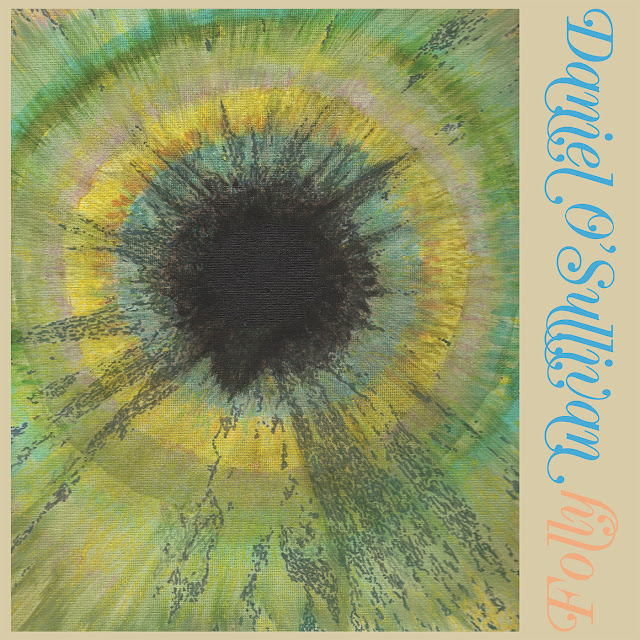 Daniel O'Sullivan has announced details of his new solo album, Folly, out on O Genesis Recordings on 5 April 2019 with the first track to be taken from the album, ‘Silhouette’: https://youtu.be/n1qau8VKN2w

Folly is O’Sullivan’s second album under his own name and embodies a confident, evolution from his acclaimed debut VELD (2017, O Genesis), an album which distilled the multiverse into a rich and complex soundworld; textured and allusive, alive with sonic diversions, hypnotic mantras and ornately arranged songcraft.

The release will coincide with a two-night residency for The New Arts & Music Programme at Sutton House, Hackney. Set in the Arts & Crafts era wing of this Tudor manor house, using its early 20th Century Steinway grand piano, Friday 5 April will see O’Sullivan performing songs from Folly with his ensemble, with special guests from the O Genesis family, Richard Youngs and The Silver Field, supporting. Saturday 6 April will include a solo performance from Thighpaulsandra, who recorded and mixed the album while Daniel performs songs with guest appearances by Peter Broderick and Thighpaulsandra among others.

Folly was written around the birth of his son Ari and the passing of his friend Ian Johnstone, and both events were significant in the album that followed. O’Sullivan explains, “Joy is inseparable from suffering and sometimes those polarities arrive at the same moment. Music offers a vessel to contain the unspeakable.”

This cycle of twelve songs deftly illustrates O'Sullivan's ascent as a unique and multidimensional songwriter. Moving from the familiar pantheon of experimental music and arriving upon a universal narrative probing the human condition from the inside out. Both lyrically and within the intricate lattice of arrangements, traditional forms are reshaped into transcendent pop symphonies. Both intimate and alien, archetypal and atypical, joyous and melancholic, the aperture of Folly is wide open and light streams in.

O’Sullivan explains the solo writing process, “Writing songs alone can take some time even if a song arrives fully formed in your mind. The execution of it involves long durations with each individual part of the arrangement until it reaches something concise. The song tells you what it needs and I try not to force ideas onto it.” and goes on to say, “These songs are outside in rather than inside out, there was always a latency between the birth of the song and my understanding of its purpose. Folly is looking at who is doing the shaping, most of these songs are about writing songs.”

Folly was recorded and mixed by Thighpaulsandra (Coil, Julian Cope Band, Spiritualized) at his Aeriel studio premises in Wales and mastered by Matt Colton at Alchemy. Written mostly in London, O’Sullivan explains the inspiration for the title, “There's a folly of a medieval abbey in these gardens that surround where I live. My family and I spend a lot of time roaming around there, amongst the frogs, foxes, mushrooms, owls, and the many strange "introduced" plants and trees. It was landscaped to be a rabbit hole sort of place.”

Daniel O’Sullivan is a composer, songwriter and multi-instrumentalist living and working in London and has been contributing a vibrant, chameleonic brew to the music landscape since the late 1990's. He has achieved international acclaim writing, recording and performing with Grumbling Fur (with longtime friend and collaborator Alexander Tucker), Ulver, Sunn O))), Guapo, Miracle, Æthenor and the recent reincarnation of This Heat in the form of This Is Not This Heat.

Folly is released on O Genesis Recordings on 5 April 2019
Posted by Mothlite at 10:10 PM